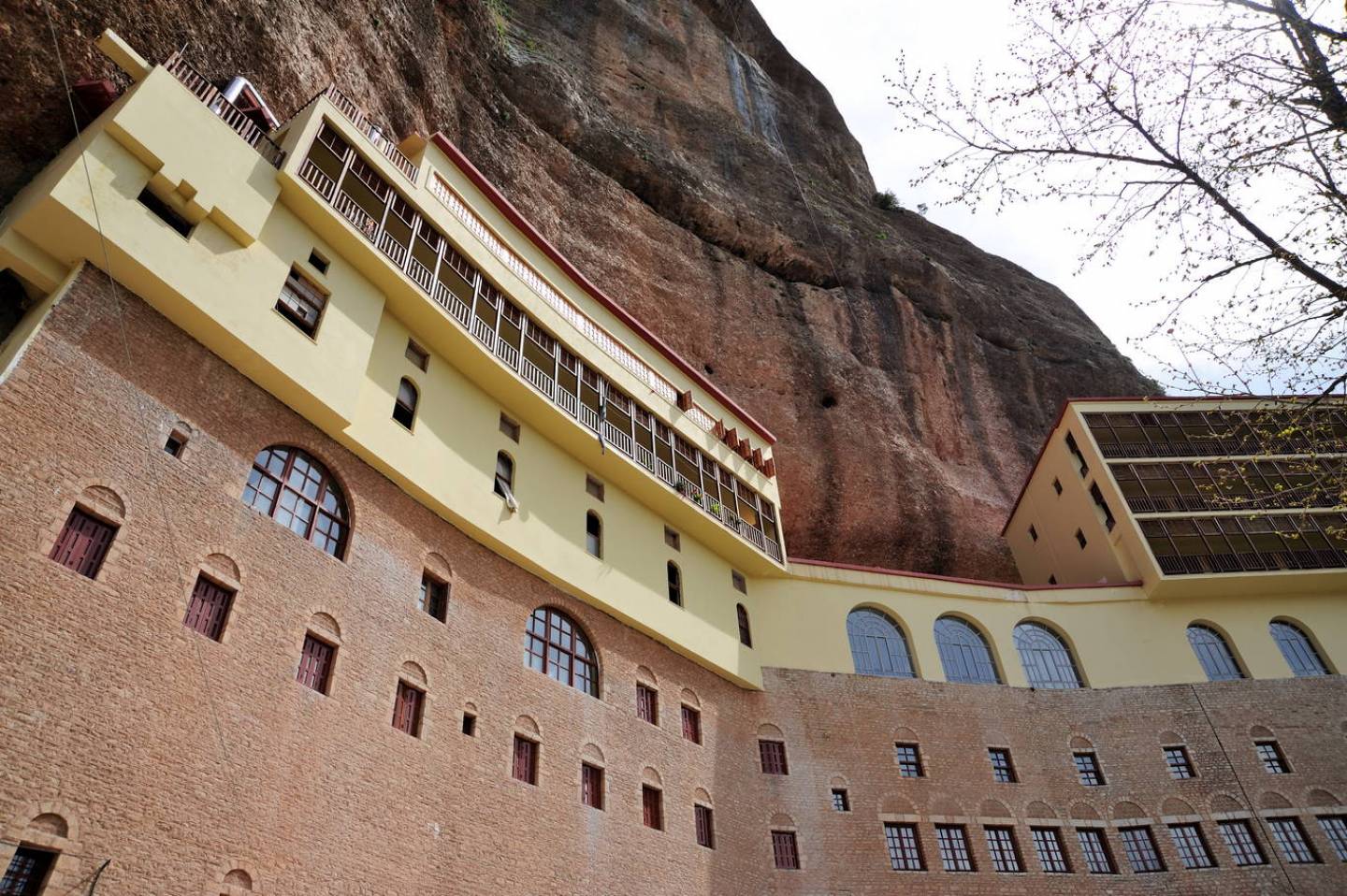 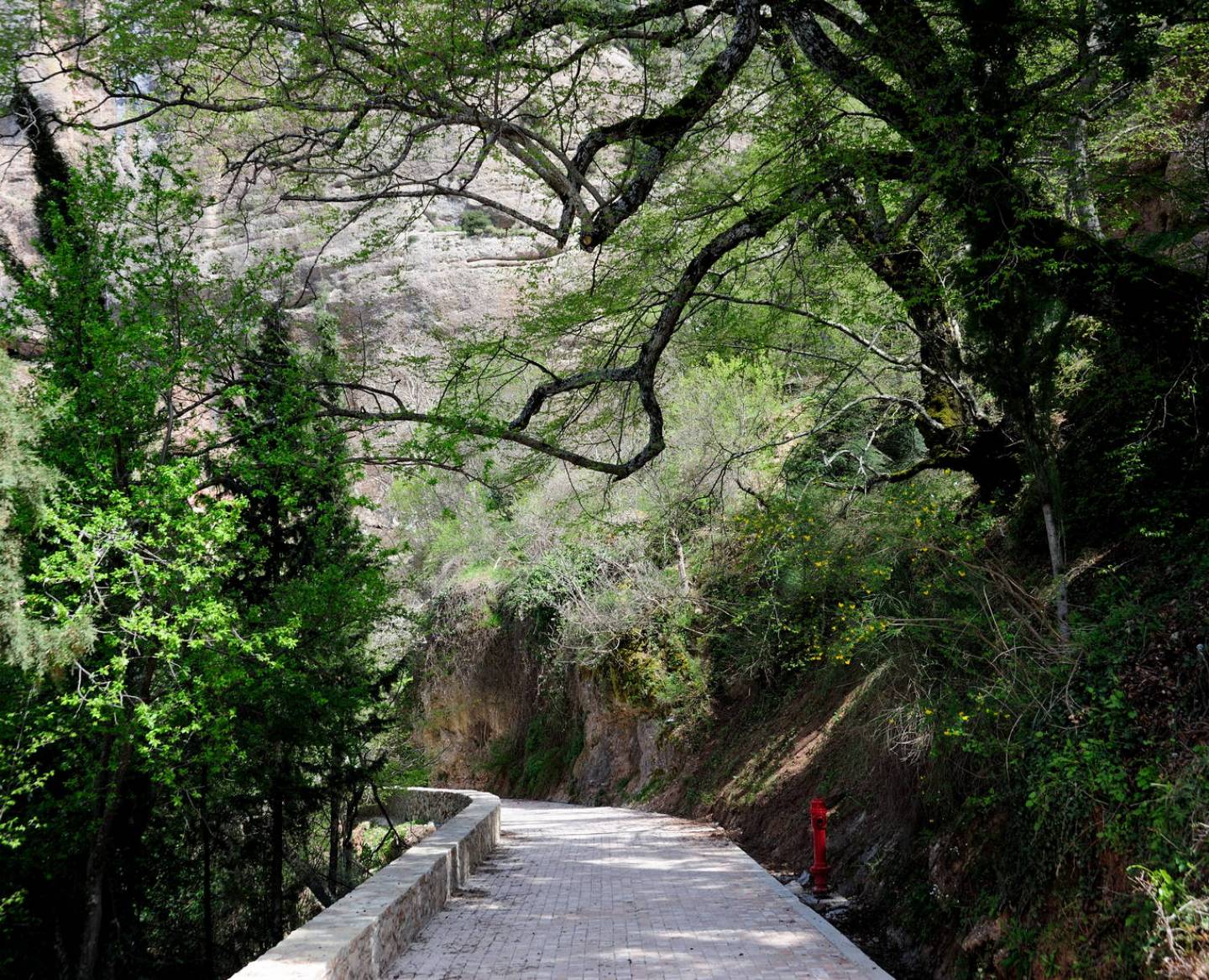 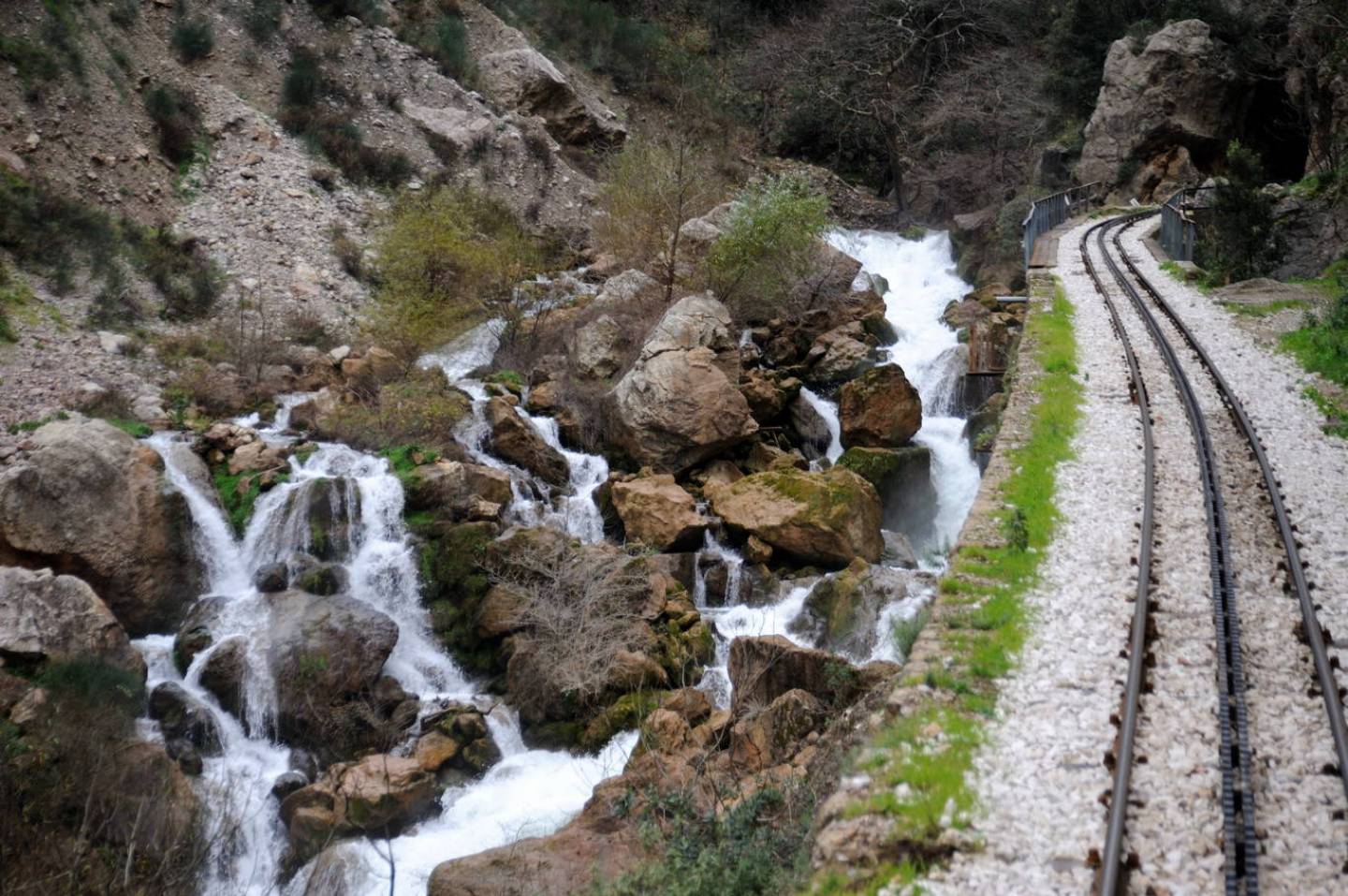 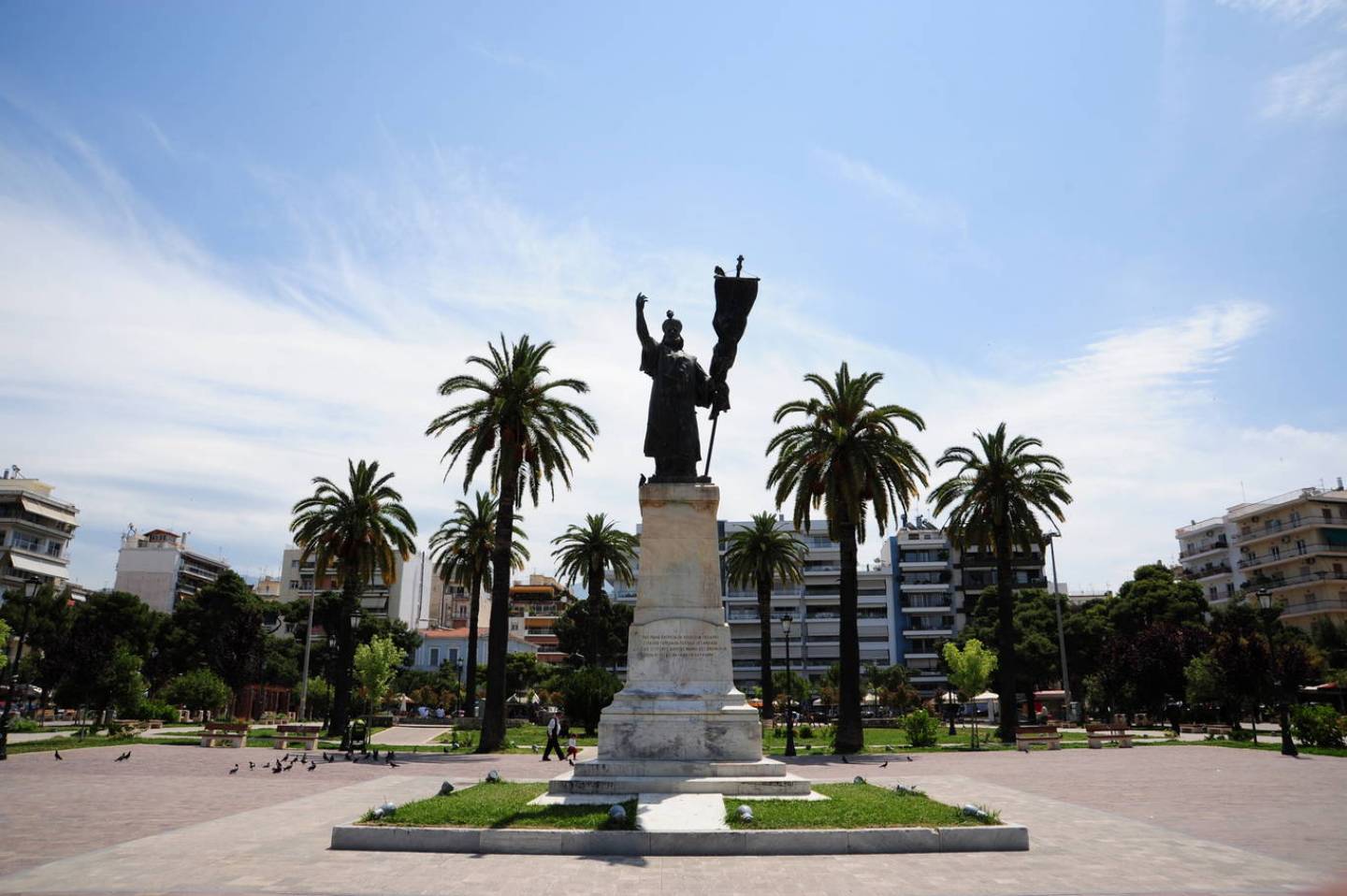 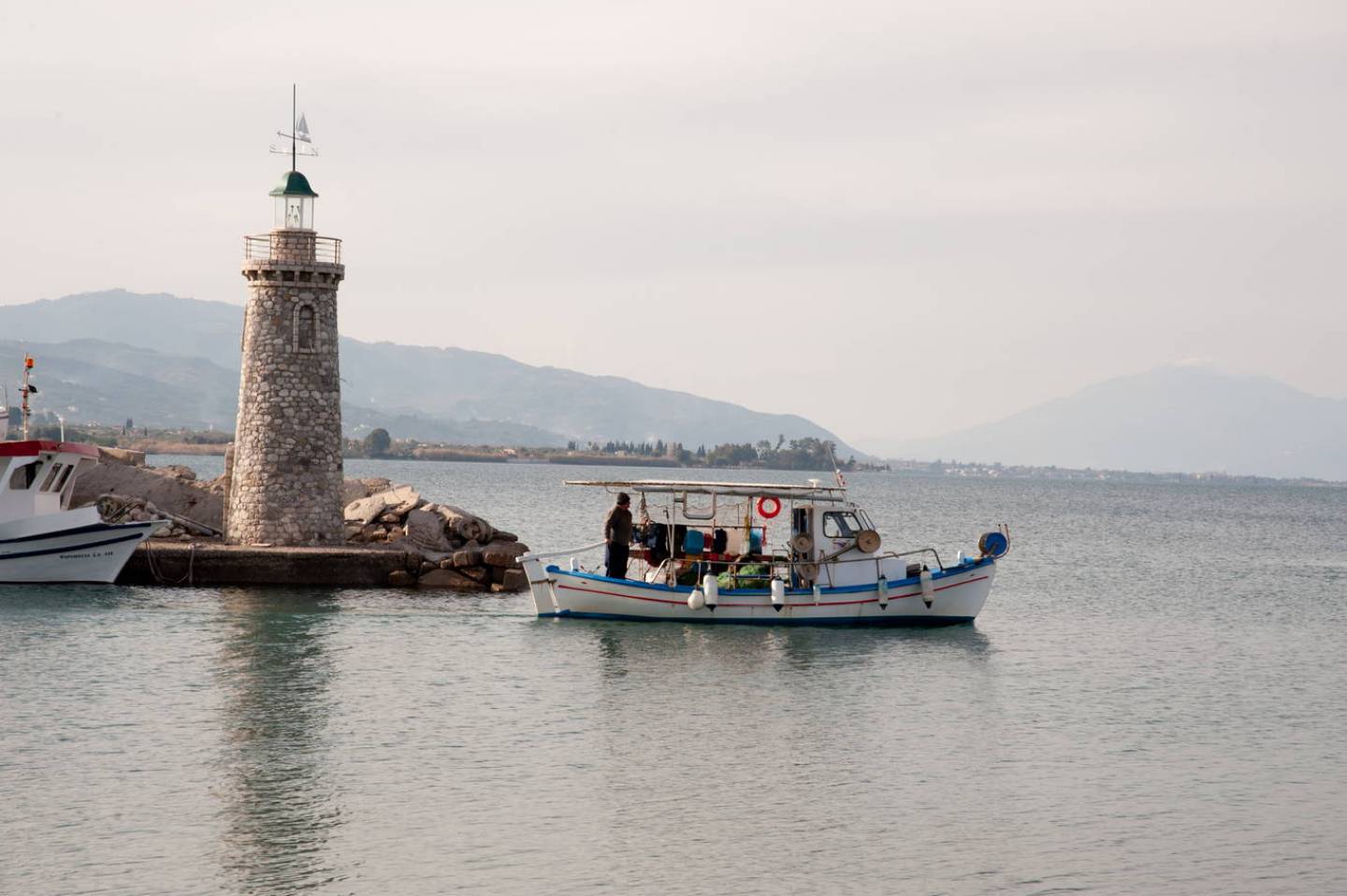 Achaia is environmentally privileged. It hosts amazing natural monuments and landscapes. Some of the most important natural resources of the region that someone should visit are:

Lake Tsivlou is one of the recently formed lakes in Europe surrounded by the slopes of Mount Helmos which is abundant in diverse vegetation. This alpine lake at 800m of altitude is 60km away from Seacret Apartments and it is well worth your time for an excursion. Once you get there it is likely that you shall want to see as much as possible of this pristine natural landscape. Its name is after the village Tsivlos that now lies at the lake's bed. If your hobby is diving, you can find out for yourself. There is plenty of fish to the water and the scenery around is simply enchanting, environed by a chestnut tree forest, amongst pines and fir. If you visit the lake during summer take a dive.

River - Vouraikos gorge (empties near Diakopto). Waterfalls streams, caves, an amazing route between nature. It is characterized as the most spectacular railway line the Balkans. The route is between caves and rocks and through forests of pine and oleander making a primitive beauty unique in Greece which the visitor can admire hiking or by Cog Railway.The little cog train known in the past as the 'odontotos' (= tooth train), is well known to train lovers all over the world, because its journey along the gorge, is one of the most spectacular railway rides. The ride is truly something magical with breath taking view, a very unique experience for all and especially families . You can stop at the village Zachlorou, eat there (it has small traditional restaurants) and take the train till the last station Diakopto. The duration is almost one hour, one way. Zachlorou is the train stop before Kalavryta where many people get off the train to hike downwards the gorge. The total distance is about 16 km. When it meets people hiking down the gorge, the train slows down to a crawl while the pedestrians hug on the walls of the cliffs. Places like the Vouraikos gorge deserves your visit as well as your protection since this sort of natural beauty is rarely found anywhere in the world.

Cave Lakes consists of 15 lakes with stalactites and stalagmites is located in Kastria village 17 km. from Kalavryta. According to the myth, preserved in many variants by Pausanias in his Arcadika, by Apollodorus in his Library and by Vitruvius, the daughters of the King of Tiryns Proetus, Lysippe, Iphinoe and Iphianassa found refuge in a cave in the Aroania, above Nonacris, when they were obsessed by madness, imposed as a punishment, either because they boasted that their palace was more beautiful than the temple of Hera, or because they did not respect the goddess' xoanon. According to another version, the Proetids were punished because they did not participate in Dionysus' rituals. Anyhow “cave lakes” has something exclusively unique and is a rare creation of nature. Lakes laying inside a cave is not something ordinary, neither globally nor for Greece. It is a rather unique geological phenomenon.

Generally Achaia is a place that combines magnificently natural and historical beauties in a way which makes it an ideal destination for tourism. Mountain and sea at a short distance, traditional villages, archaeological and religious monuments, beautiful architecture buildings rare ecosystems are an enchanting mosaic that offers numerous thrills and opportunities to anyone attempting a trek in the myths of this welcoming place in all 4 seasons. Some suggestions are

Patras, the capital of the prefecture, the ancient city of the legendary Patreus is the port that connects Greece with Europe and stands out for its rich historical and cultural heritage, and the vibrant modern life rhythm. Patras Carnival, Patras International Festival every summer hosts remarkable examples of artistic expression. The city's Municipal Theater expressing the profound artistic traditions of Patras constitutes a tourist attraction.

Finally, from Seacret Apartments crossing the Corinthian gulf it is also worth a visit to quaint Troizonia islands and beautiful Nafpaktos.